Study in the US in New York State: No. 1 in education, economy and society

With the top development in economy, politics and education. New York is the only state with 2 member schools of the prestigious Ivy Language group.

New York would be a great place to be an international student. So what is special and outstanding about studying in the US in New York State? Let's find out with Edutime through the following article! 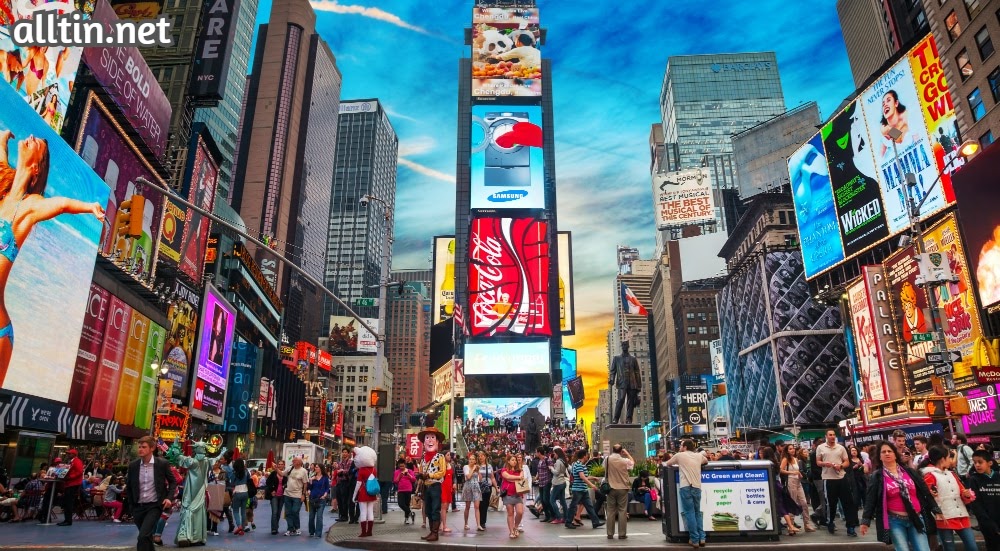 1, Where to study in the US in New York state and what advantages does it have to attract international students?

Vermont, Massachusetts, Connecticut in the east

It is also bordered by Canada in the provinces of Quebec and Ontario to the north.

It is estimated that about 8 million people live in New York. And this is the 3rd most populous state in the US. The Statue of Liberty is located here representing "Freedom, Prosperity, Development and Opportunity for All".

Not only thrive in economy, trade and industry. New York is also home to important historical imprints of the United States.

New York is also known for its ethnic diversity, color, unity, friendliness and hospitality in the United States.

What is the climate like in New York state?

The winter here is cold and long, the winter temperature can drop below minus 25 degrees Celsius. The winter has quite a heavy snowfall, sometimes there are blizzards or the amount of snow cover can be up to 30cm thick.

In summer, the temperature will be around 28-32 degrees Celsius.

Study in the US, New York state has a diverse education system

New York has more than 100 private universities in the state. And is the only state in the US that has 2 prestigious Ivy League member schools.

New York has all the schools in the top 10 or top 20 best universities in the United States. And always at the forefront of research, innovation and student achievement.

You can easily search for any major at any school in New York. This will give you a lot of opportunities for future career growth.

New York schools also gather a team of leading professors with reputation and experience. This will give students a lot of advantages in this competitive job search.

Multicultural society, people and life in New York are colorful and diverse

New York has a very diverse population. This will make you never feel lonely when living and studying here.

New York has a long history of accepting immigrants from around the world. You can easily come across any skin color. From the Asian, African or European community on the streets of New York.

By owning a diverse immigrant community. So New York's social environment is built on a foundation of many very different cultures, languages, and histories. As an international student, it is easier for you to integrate into the New York community than in other states.

Study in the US, New York state has a very developed economy

As the most developed state in America. If ranked independently, this state alone would be ranked as the 12th largest economy in the world.

New York City is the largest financial and economic center on the planet. It is home to two major stock exchanges, the New York Stock Exchange and the NASDAQ.

Chinatown in Manhattan is home to the largest number of Chinese Americans living in the Americas. Known as the city that never sleeps. It is also home to a 24/7 subway system and some of the most highly ranked universities in the world.

In addition to strengths in finance and services, New York is also famous for its thriving industries. Such as production, foreign trade, commerce, publishing, and film theater production.

There are countless recreational and cultural opportunities, and outstanding historical landmarks. And the entertainment venues are located in New York.

2, Studying in the US, New York State has a quality education system with a worthy cost

It is no exaggeration to say that the cost of studying and living in New York is not cheap. Because this is the capital of the world. A place that brings the top values ​​​​of academics, life, and career opportunities.

Therefore, to study in New York you also have to spend a price commensurate with your opportunity

Tuition fees to study in the US, New York state

The cost of studying in New York will depend on the school and field of study you pursue.

At public universities and colleges, tuition fees can range from 20 to 35,000 USD/year

Travel costs to study in the US, New York state

To move in New York you can choose to take the subway or take the bus. Typical costs range from 100 to 150 USD/month.

Some of you who are more frugal can choose to ride a bicycle or use your own car.

Housing costs when studying in the US, New York state

It's a famously expensive state. The cost of studying in New York for a rental house will be nearly twice as expensive as in other states.

Each apartment costs about 600 - 1700 USD/month depending on convenience and geographical location.

Food costs when studying in the US, New York state

The cost of living will depend on the spending needs of each student. The cost for a meal here will range from 5 to 10 USD. The cost for 1 shopping trip or supermarket will be about 100 USD.